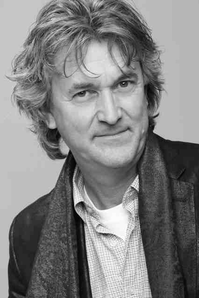 New York based Dutch composer and conductor Johan de Meij (Voorburg, 1953) received his musical training at the Royal Conservatory of Music in The Hague, where he studied trombone and conducting. His award-winning oeuvre of original compositions, symphonic transcriptions and film score arrangements has garnered him international acclaim and have become permanent fixtures in the repertoire of renowned ensembles throughout the world.

His Symphony No. 1 The Lord of the Rings was awarded the prestigious Sudler Composition Prize and has been recorded by myriad ensembles including The London Symphony Orchestra, The North Netherlands Orchestra, The Nagoya Philharmonic and The Amsterdam Wind Orchestra. His Symphony No. 2 The Big Apple, Symphony No. 3 Planet Earth, Symphony No. 4 Sinfonie der Lieder as well as his solo concertos, T-Bone Concerto (trombone), UFO Concerto (euphonium) and Casanova  (cello) have been enthusiastically received at many of the world’s finest venues.

Before devoting his time exclusively to composing and conducting, Johan de Meij enjoyed a successful professional career as a trombone and euphonium player, performing with major orchestras and ensembles in The Netherlands. He is in high demand as a guest conductor and lecturer, frequently invited to speak about and perform his own works. He currently maintains posts with both the New York Wind Symphony and the Kyushu Wind Orchestra in Fukuoka, Japan as their principal guest conductor. He was also appointed regular guest conductor of the Simón Bolívar Youth Wind Orchestra in Caracas, Venezuela – part of the celebrated Venezuelan educational system El Sistema. He is founder and CEO of his own publishing company Amstel Music, established in 1989.
Concerto For Euphonium

The Euphonium Concerto, my first solo work for euphonium, is not a traditional concerto in the classical sense. It consists of five movements that are thematically related to one another.

The opening chord may sound familiar to regular listeners: this chord and the first theme are based on the same five-note chord used in my ‘Extreme Makeover’ and ‘Planet Earth’ in 2005: a major triad with an added 4th and a 7th. This chord has been obsessively present in my head ever since - I could not resist using it again! Both the chord as well as the main theme make appearances in various shapes and forms throughout the entire piece.

The piece was initially written for symphonic wind orchestra and premiered in the Baltimore MD, USA, with a subsequent version for brass then first performed by British virtuoso David Childs in Manchester, UK.