Angharad Morgan was born in South Wales and is a graduate of the Royal Welsh College of Music and Drama, Cardiff where she was awarded a full scholarship in 2000. She subsequently completed her studies at the Wales International Academy of Voice with international tenor Dennis O’Neill and soprano Nuccia Focile. Angharad has also had the privilege of being tutored by Dame Kiri Te Kanawa.

Angharad was one of the first recipients of a Career Development Award from the Bryn Terfel Foundation. She is also supported by the Dennis O’Neill Foundation. Other awards whilst a student included the Valetta Jacobi Award, the Lee Freeman Memorial Scholarship and the Russell Sheppard Memorial Scholarship. In 2003 she won the title of Vale Singer of the Year and in 2011 was second prize winner in The London Welsh Singer of the Year Competition.

Operatic roles performed at the Royal Welsh College of Music and Drama include Lucia in Britten’s The Rape of Lucretia, Miss Wordsworth in Britten’s Albert Herring, Sister Blanche in Poulenc’s Dialogue of the Carmelites, First Lady in Mozart’s Die Zauberflöte, Sandman in Humperdinck’s Hänsel Und Gretel, and The Innkeepers Wife in Janáček’s The Cunning Little Vixen. Also whilst a student, Angharad sang the role of Belinda in Purcell’s Dido and Aeneas for the Gower Chorale, and Donna Elvira in Mozart’s Don Giovanni for the Opera School of Wales.

Angharad is a very versatile concert artist with a wide ranging concert repertoire. She frequently performs the standard sacred works by Handel, Mozart, Brahms, Haydn, Faure, Vivaldi, Brahms and Rutter, and is a popular soloist in concert with choirs throughout Wales.

Recent engagements include her return to Glyndebourne to understudy the role of Arminda in the company’s new production of La Finta Giardiniera for the 2014 Festival. This season, Angharad makes her role debut as Marguerite in Gounod’s Faust for Swansea City Opera. 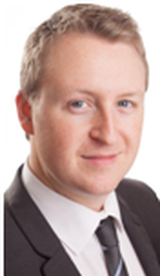 David Fortey is a graduate of the Royal Welsh College of Music and Drama in Cardiff where he gained a B.Mus. (Hons) Degree and a Postgraduate Diploma in Vocal Studies.

Whilst studying at the college David was awarded the Mabel Linwood Christopher Award, the Manning Prize for Tenors and was a joint winner of the Sir Geraint Evans Vocal Scholarship. He was among the first students to participate in the Royal Welsh College of Music & Drama operatic programme directed by Donald Maxwell, which gave him the opportunity to further develop his voice under the direction of Phillip Langridge, Ryland Davies, and Mark Padmore.

After graduating, David began his professional career with Glyndebourne Festival Opera and later with Garsington Festival Opera. Since 2007, David has been a full time member of the award-winning choir Only Men Aloud; his work with Only Men Aloud has given him the opportunity to perform internationally, and also the opportunity to record extensively for television and radio. Discography with Only Men Aloud to date includes ‘This Land of Ours’, 2007 for EMI Classics, ‘Only Men Aloud’ 2008 and ‘Band of Brothers’ 2009 for Universal Records and ‘In Festive Mood’ 2011 for EMI Classics. In 2010 ‘Band of Brothers’ was voted the NS&I Classical Brit Award album of the year by the public and Classic FM listeners.

David’s operatic roles include Albert in Britten’s Albert Herring, Tamino in Mozart’s Die Zauberflöte, Tom Rakewell in The Rakes Progress by Stravinsky, Pluto/Aristaeus in Offenbach’s Orpheus in the Underworld and Henry Saville in the World Premiere of Rochester’s Second Bottle by Hanz Kox. Whilst in college he also performed the role of Tobias in Welsh National Youth Opera’s production of Sweeney Todd.

David’s versatility on the concert platform has given him the opportunity to work with some of the finest musical ensembles in some of the world’s most prestigious concert halls, arenas and stadiums. Highlights to date include the opening ceremony of the London 2012 Olympic Games, where David performed with Only Men Aloud in front of a worldwide audience of 900 million people.
Angharad & David will feature in the Night In Vienna concert of the 30th season of Welsh Proms on Friday July 24th together with the Royal Liverpool Philharmonic Orchestra. For full event information and repertoire, visit the events section of the website here